In Australia the test and tag frequency, otherwise known as intervals, refers to how long is needed before an electrical appliance must be tested and tagged.

The AS/NZS 3760 2010 Standard makes recommendations for electrical testing and tagging frequencies via ‘Table 4’, a sort of 'bible' for everything test and tag related. It should be seen at the very least as a minimum requirement for everyone in VIC, NSW, QLD, WA and SA.

Here are the main intervals you should be aware of:

In the Australian Standard AS 3760, it specifies that the amount of time between testing and tagging is based upon the type of environment that appliance is located in.

It's also important to remember that some businesses undertake their own risk assessment. This means they might have a different test and tag frequency which is more frequent than what's specified. This is of course absolutely fine, whereas testing less frequently is not acceptable. 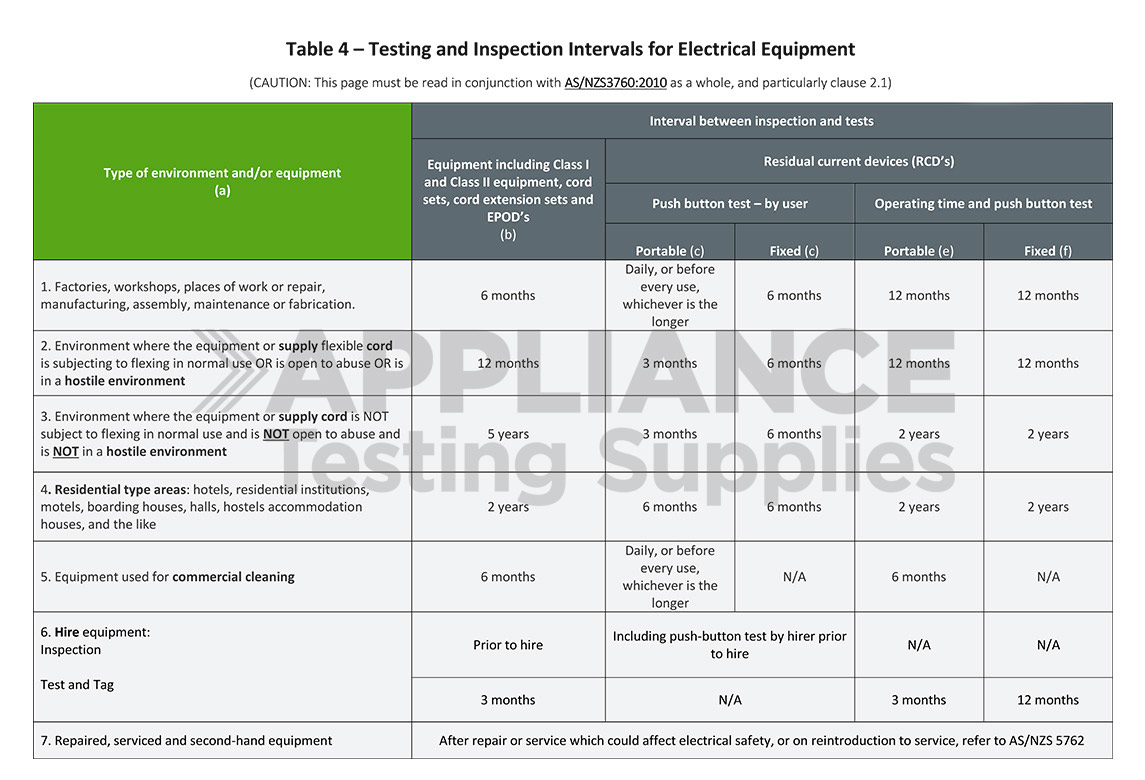 Frequency for building, construction and demolition

The most strict of all industries require testing every three months due to their sheer hostility. These include people working on building and construction sites or demolition. Often marine is also included to this list of harsh environments.

A lot of the information relating to these environments fall under the AS/NZS 3012 Standard. In addition to stricter intervals, you're also required to use particular test and tag colours at certain times of the year. These colours will change every three months, coinciding with your periodic testing.

For hire equipment, the electrical equipment needs to be visually inspected prior to being hired, as well as being tested and tagged every three months.

In terms of who actually does the testing, it depends on a couple of factors. If the hiree has the equipment for at least 3 months, it will be their resposibility (otherwise it lies with the hirer when it is in their possession).